Looking back on that 5-day trip to Nepal Luli and I did in March 2014, I remember the smell of burning incense, the cold temperatures even under a warm sun, the dust, the constant white filter on everything due to pollution, the rolling mills and the green walls of our adorable room at Dipankara Holiday Home.

I remember wandering the dusty streets of Kathmandu at night, trying to find the hotel and dropping our backpacks in the courtyard to binge on momos. I remember a pillow fight in the room and waking up early the next day to visit the famous Boudhanath Stupa, walk around it clockwise, capture the unique vibe transpiring from the whole place; not only from the massive structure but from the surrounding boutiques, altars, shrines, temples and monasteries. That feeling, just standing there in front of the stupa; that sense of greatness, of being just another drop of water in a very deep ocean flowing clockwise around one of the biggest stupas in Nepal on an brisk morning of March. The grateful appreciation to be contemplating a major monument of Nepal with such a deep connection to Buddhism. Back then we couldn’t have known, of course, that a mere year later, a violent earthquake would wreck a good part of the mandala and the spine.

If pictures could communicate smells and feelings, here are the moments I would love to share: 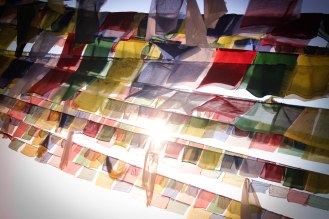 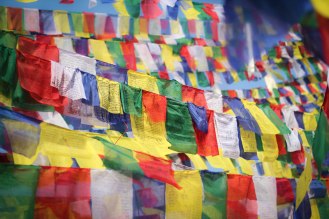 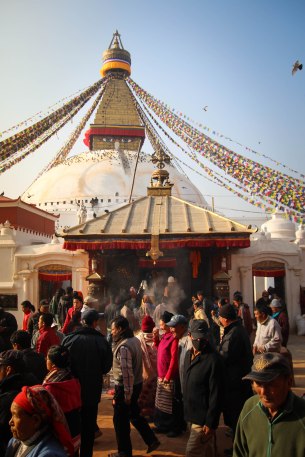 And then Kathmandu city center, the street markets selling spices, scarves, lanterns, jewelry, rolling mills, prayer flags, singing bowls. I remember the curious stares many locals gave us, and the dark-red stone of many monuments, stairs and walls. One thing that struck me was that most street vendors who tried to sell us their items did it without any aggressively, without following us in the street, without pushing us again and again until we became annoyed and rude, just like their Indian neighbors usually do. I think I realize that now that I live in Vietnam and that I have to deal with scammers, agressive street vendors and rude locals on a daily basis. But I didn’t remember a constant hassle and bustle in Nepal that I would later find everywhere else. Those 5 days seem to have found a special place in my mind and all I remember now, almost 3 years later, is how smoothly the whole trip went, almost like a glowing halo surrounding that short week forever. 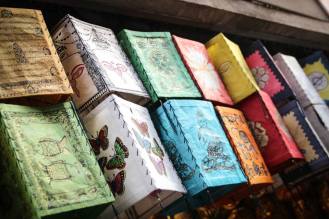 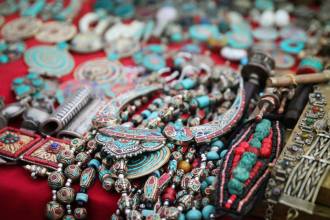 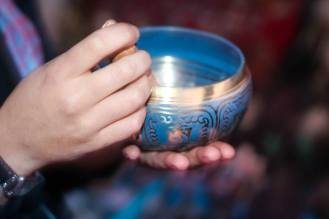 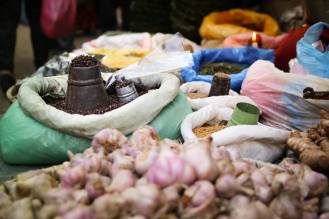 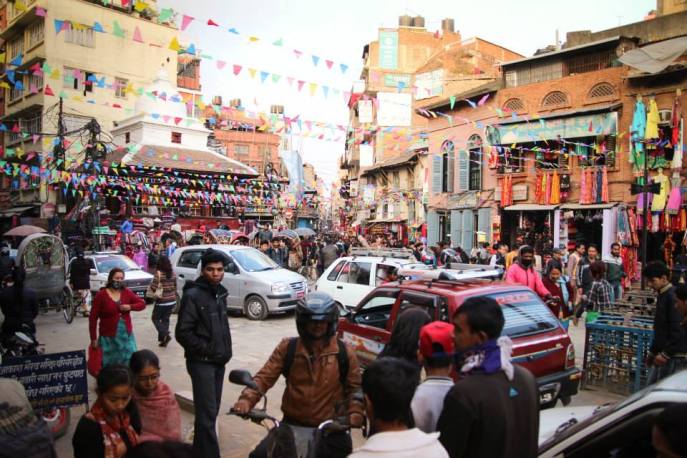 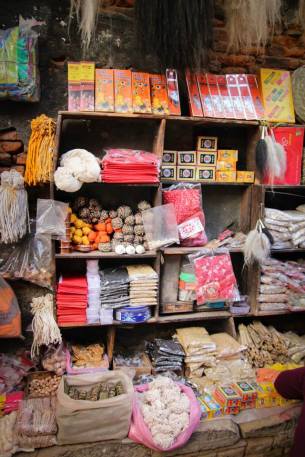 Ah, and how my Canon almost stayed in Nepal forever. I took the camera out of my bag in the waiting hall at the airport in Kathmandu and forgot it on a seat. We’d gone through security and were waiting by the gate when I realized it was missing. Luli and I tried to remember the last time I’d used it and you know, that’s when you realize how bad your short-term memory is. However, the camera was returned to me by two very nice Indians who’d found it and brought it to security. One took me back to the agent he’d given it to, and this is how I was able to share with the world all the wonderful memories my lens had captured. 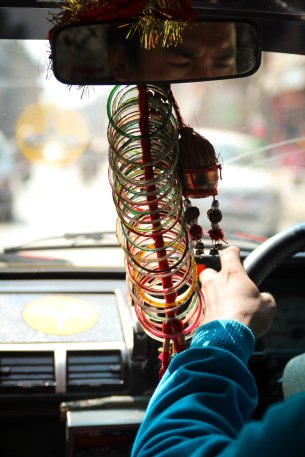 After walking along a dusty backroad and taking a rickety cab for way longer than expected, we reached Pashupatinath Temple, an important Hindu temple just outside of Kathmandu. I remember the imposing monuments, temples and shrines in a set of courtyards, monkeys playing in the trees, bright orange flowers carefully displayed in front of ashrams, and burning incense. 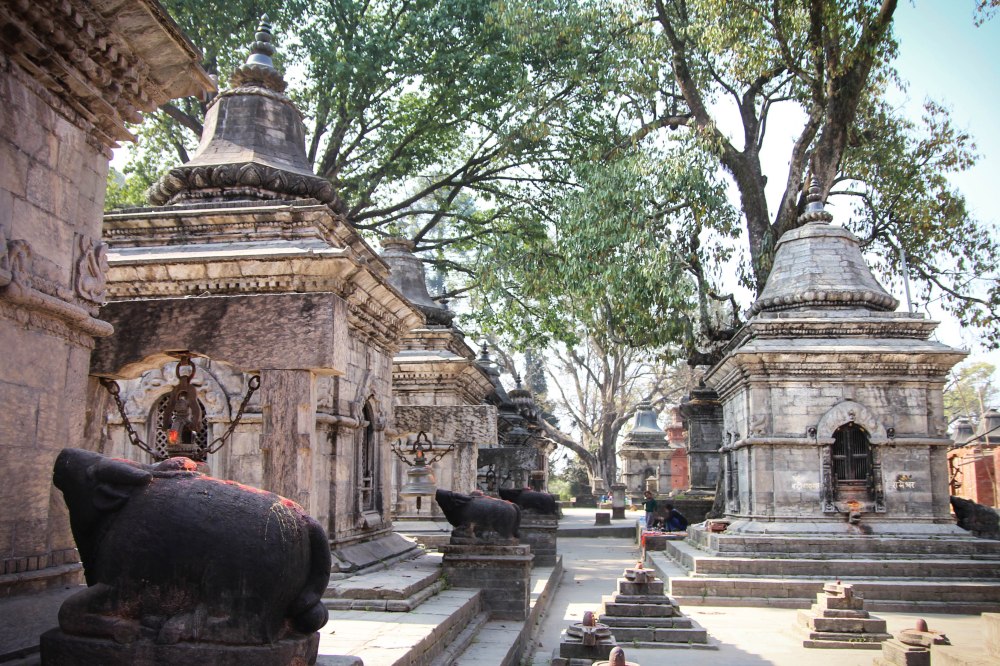 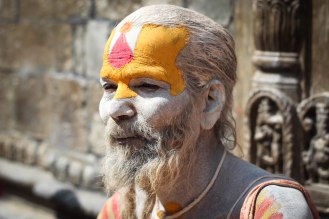 I remember being crammed up in a small van with way more people than the van could fit, but somehow we all managed to sit somewhere, with our bags between our legs if we were lucky. One quick bumpy ride and we were dropped at the bottom of a stairway to a misty kind of heaven, called Swayamhunath. We started climbing the 365 steps to the top of the hill, between trees and curious monkeys and, if I had to make a couple of halts on the way, I dare say the view from the monastery and stupa was breathtaking. 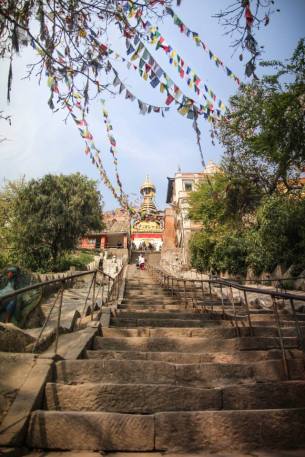 Our next trip took us to Patan Durbar Square in the heart of a Lalitpur, where we stayed for – was it one night or two nights? I remember the bright red square, the point monuments and the stone statues in the shape of elephants, dragons and thorny lions. Somehow they reminded me of the Jungle Book. 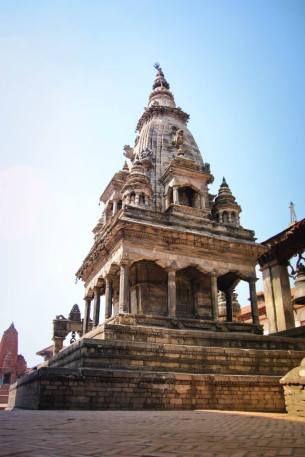 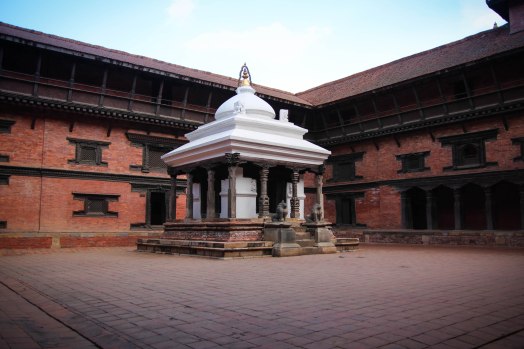 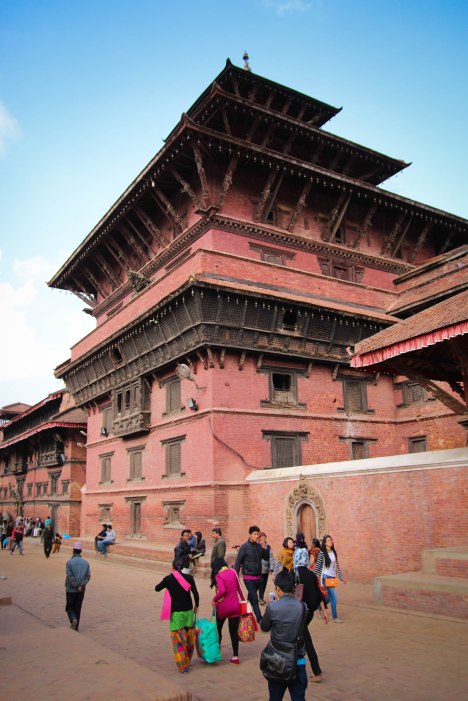 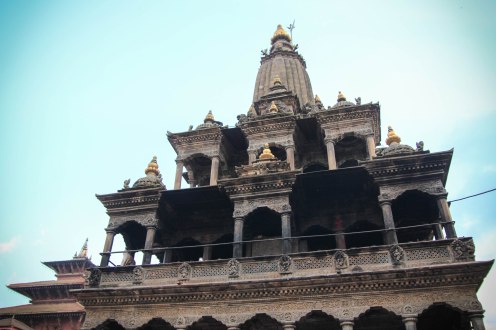 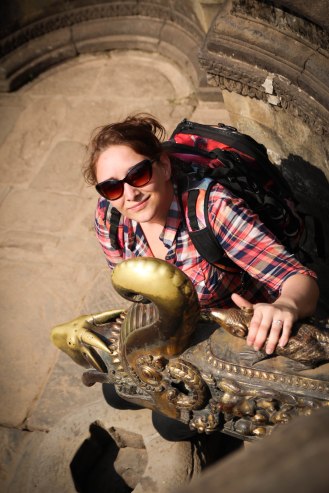 I had brought from Belgium a backpack full of clothes and equipment for myself, and another suitcase full of clothes for an orphanage I’d found on Couchsurfing. Lila and her brother Omar were expecting us so Luli and I took a dusty and dented bus for another hot and bumpy ride to the small town of Sunakothi. I remember the steep dirt road leading uphill and always further away from Kathmandu. The locals on the bus must have wondered what two western girls were doing going in that direction, just as we wondered when exactly the bus was going to break down. We made it to the orphanage and found out that Lila had been lying in bed for a few days and suffering from a stomach infection, so we gave her some space and privacy and met the kids of the orphanage. We were instantly surrounded by 12 little girls who braided our hair, climbed all over us, touched our face and wanted to play with us. I gave them some Belgian chocolate that I’d brought for them and set the clothes on an empty bed. The locals we’d met while traveling in Nepal were always friendly, smiling and polite, but it was nothing compared to the heartwarming welcome we received from that family. Such generosity, offering to cook for us and spend time with us, feeding us stories, anecdotes and bits of history about Nepal and that area more specifically. 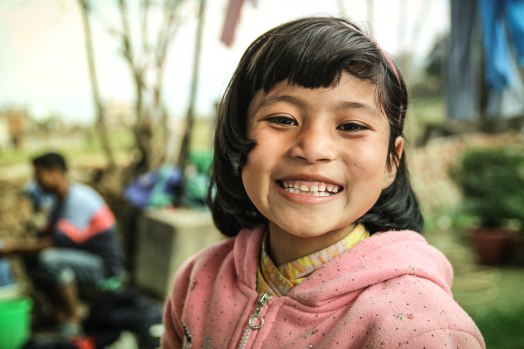 Recently I found myself thinking that I would love to go back to Nepal for more than 5 days; I would love to surround myself with bright colors and the smell of spices and wood burning, relive some of the magical moments we lived in Nepal, but I could never do that without Luli. I could never find the same chemistry that I found in Nepal, at that particular moment, with that particular person. But one day, this is a promise to myself, I will go back.