Last year I crossed oceans to visit my Argentinian friend Luli who was studying in Delhi and after almost 9 months, I still haven’t posted my pictures – let alone edit them on my computer. I have been meaning to but University and my master’s thesis have taken a toll on me. And now that I have some time to do all that, I’m only piling up more and more pictures of other trips to edit. This is going to be my homework for the next few months: edit my pictures before another trip comes along and I get stuck again.

Months after roaming Northern India, I have come to a conclusion that I never thought possible when I came home: I miss India. I miss it so much. I miss the smells and the spices, so very different from the colorless and so much more common stuff that we get in Europe. I even miss the mouth-burning yogurt sauces, eyes-watering samosas and the stomach-ache that usually followed. I would give much to have my mouth on fire again, so dry that I would lick my lips and feel like the lower part of my face is on fire. Yes, I want to feel that again. That is to say how much I miss India.

I found myself wandering around the streets of Milan one morning, and a light, white mist surrounded everything that a few very shy rays of sunlight were trying to pierce. It suddenly reminded me of India on early mornings. Everything was so dusty, not yet as hot as it would be hours later, and my whole being was reminded of how much I missed India. Traveling is always the same. You find yourself going places and you don’t realize how much you actually take in until one day, much later, you’re reminded of that very moment, and you wish you could be there again. 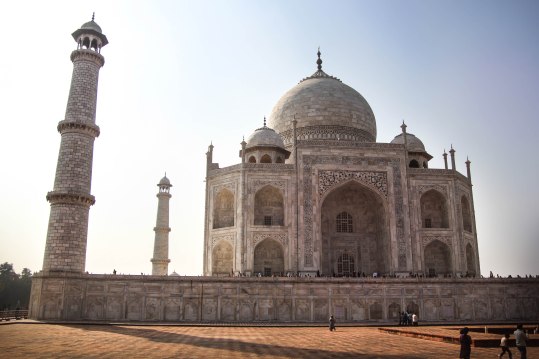 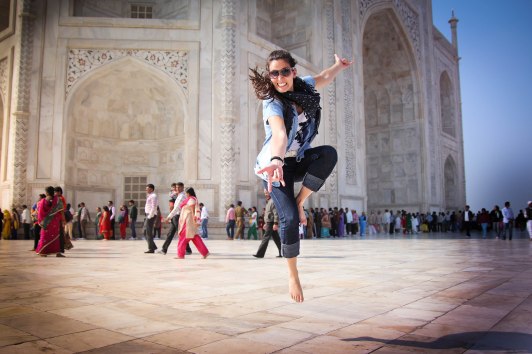 Another thing that I’ve come to realize is that I miss the lightness of that trip. Everything seemed easier then, even when I had to take a train to go on a 12-hour journey through Rajasthan. The only intense situation that I faced was when I flew back from Nepal. Over the course of a few days, the backpacking area in Delhi, Pahar Ganj, had undergone some kind of riot and was then on lockdown. Supposedly, because I could never find any news online later and it just looked like an elaborate scam to me. No one was allowed in or out without a special authorization from the authorities. This we didn’t know, as we had been out of the country for 5 days. So Luli went back to JNU campus and I found myself stuck in the evening with nowhere to go, no more battery on my iPhone and someone I knew to be a fake government agent wearing the latest fragrance of Booze offering to book me into an overpriced hotel somewhere out of the way. Of course, no matter how experienced a traveler you are and how prepared you are to visit exotic countries, finding yourself in such a situation can get pretty freaky. If it wasn’t for my friends Luli, Jose and Issa, my cool, my tuktuk bargaining skills and a little luck, I would have ended up spending way too much for a creepy hotel. Traveling really is a life changing experience. 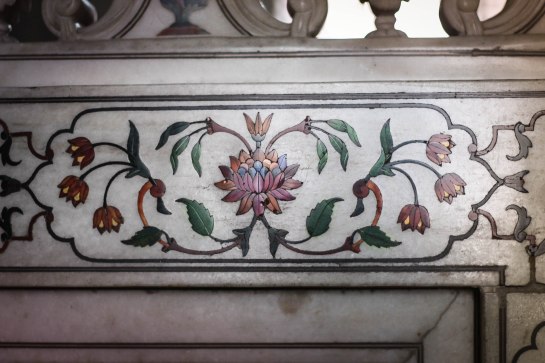 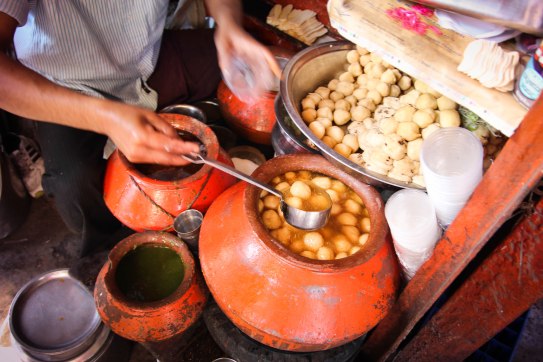 My scenery has changed quite a lot since March. I have traded the dusty, cracked roads, the cows and rickshaws, the street vendors, and the smells of spices and cooking food for the delicate scent of cars and tramways’ exhaust gas, ambulances honking every hour of every day and night, fast pace and rain. In a big modern, buzzing and crowded metropolis like Milan, it is, I have noticed, ironically incredibly hard to make friends, to meet people, or even to have someone look your way. People mind their own business, they’re glued to their smartphones and they just rush from one place to another. They stick together and couldn’t care less that you’re doing the aperitivo alone.

Granted, many Indians will see in talking to you an opportunity to sell you something, just to make a few rupees. But generally, the unwanted attention (at the time) is the thing that I miss most here, in this faceless European fashion capital. The Indians are curious about everything. A young man once followed me for a while in Jaipur when he noticed a funny device on my camera that he had never seen before. It was a wide angle fisheye. I was trying to lose him as his feet kept appearing on my pictures. He stepped away when I asked him nicely, but still, it was never far enough. Curiosity always got the best of him.

That bugging, tireless perseverance in trying to sell you trinkets or services did annoy me so damn much at the time. To us Westerners, it does get tiresome after a while. Of course, all the Indians that I got to meet and interact with were just being their natural pushy selves, which I didn’t fully grasp at the time, because they were always so pushy every minute of every hour of every day. However, even in that misery and harsh life, they always welcomed a gesture, a shy and mispronounced shukryia (thank you) or namaste (hello) in Hindi. Provided that you would make the effort to kick the door in and move passed the disturbingly unwelcoming stares, they will be your allies in finding your wagon on a train, sharing their seat with you, helping you find that very specific item you’re looking for in a market. An older woman actually took me under her wing in a train and offered me “tomato souuup” when I was looking for a seat as I didn’t have time to check the waiting list I was on. One other time, a group of poor indians showed me to my sleeper on a train as I didn’t know where I was supposed to go, and the family sharing my sleeper offered to share their super spicy homemade sandwhich with me. Yes they stare openly and without restraint, yes they can be so annoying at times bugging you and trying to take pictures of you, but if you manage to move past it all, they surely are great people to meet. 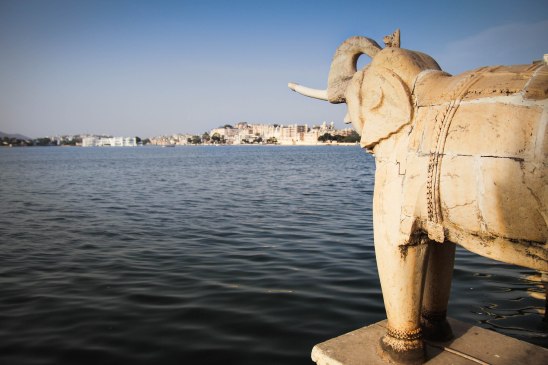 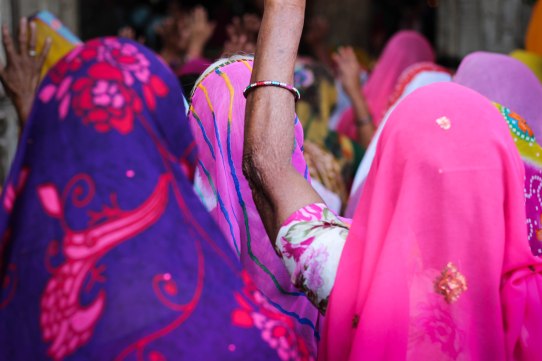 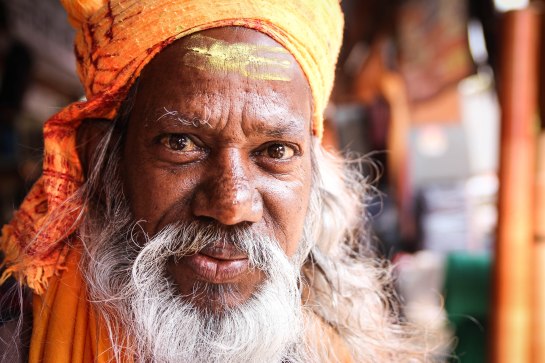 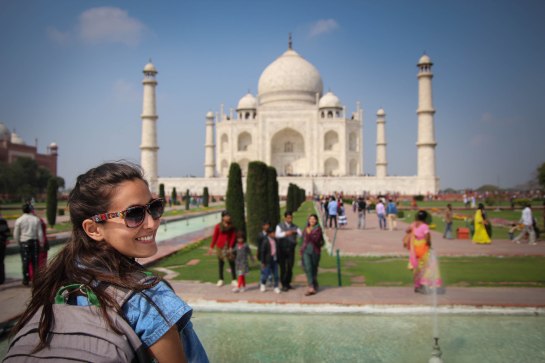 One memory I will treasure forever, among many others, is definitely the family-run hotel Luli and I stayed at in the White City of Udaipur. The hotel manager was a young ‘Best Marigold Hotel’ kind of guy who helped us any way he could, even though we arrived so early in the morning that nobody was up yet. His grand-mother cooked bread omelet for us every morning and we drank chai tea on the rooftop/terrace/dining room/common area surrounded by white cray walls and other backpackers from all over the world. This, I find, is the beauty of backpacking. I remember the warm feeling of chatting with one another backpacker over breakfast, like we’d known each other for years. I remember meeting Laura, a Brazilian girl who was traveling on her own, and taking her in. Who said three was a crowd? We ended up visiting the city (it was more like a small town with uphill white narrow streets, really), getting henna tattoos on our hands, going out for chapatis, palak paneer, naans and malai kofta in the evening and making new friends. I remember the amazing puppet show we saw one evening as the sun was setting down and the crowd was sitting down on cushions. Such sparkles in the air as we watched the decorated puppets, the beautiful Indian women performing exotic choreographies and an older woman carrying up to 9 painted jars on her head. I remember the boat ride we went on at the end of a warm day, all three of us, taking in the first much-needed rays of sun following a cold winter. Such carefreeness, such happiness to just be there together. I remember that old, wrinkled woman with funky glasses in a dirty street of Jaipur, who allowed me to take her picture. I remember the exchange, her playing my game and posing for me, happy to have caught my attention, and me, explaining with hand gestures that I wanted her address to later send her the picture. I remember Luli yelling ‘ELEPHANT!’ and there it was, in the middle of the road. I remember a blur of smells, colors, sensations. The rest is history. 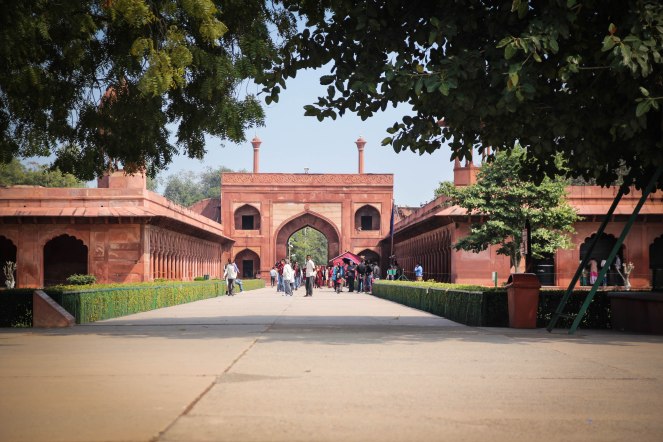 Agra Fort near the Taj Mahal

In the streets of Agra 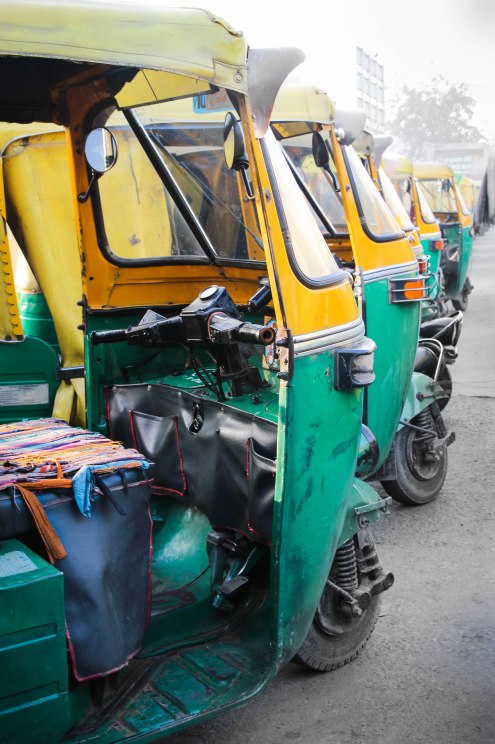