Here I am, sitting in this international bus – understand an almost comfortable minivan – writing about the past 20 something hours.

I’ve just crossed from Thailand into Laos at the Huai Kon border crossing near Nan. It was the easiest thing in the world and it’s not touristy at all over here. So if you’re interested in a bit of an adventure in rural Thailand and Laos, read on!

The pros and cons in a nutshell:

✅ Remote areas, not touristy at all. Interaction with the locals. Beautiful scenery. Pretty temples in Nan and adorable guesthouse. Very easy to cross the border, USD accepted, backpacks stay on the bus.

The dramatic views near the border

Chains needed to get through the mud

Bus to the border

Chiang Rai -> Nan: the bus leaves at 9:30 daily from Chiang Rai bus terminal (1) and costs 180 baht. It takes about 6h so I got to Nan between 3 and 4pm. It takes another couple of hours from Nam to the border so I had to spend the night there which was fine with me. Nan is a very relaxed little border town with your usual amount of Wat temples and coffe shops around where the locals greeted me in a very friendly way. That night I treated myself to some grilled seafood to get rid of my remaining bhat somewhere on Phakong Street passed Wat Phumin. 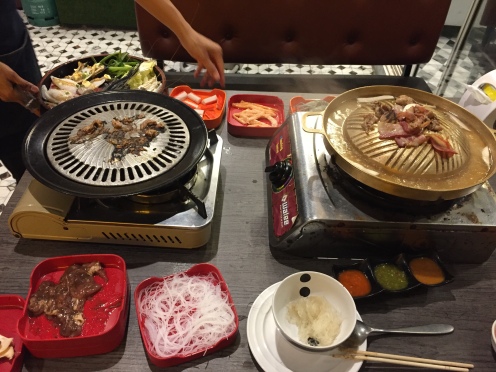 and seafood grill, is that a bargain or what?

Hug Her Him Hostel: I spent the night in an adorable artsy guesthouse all made of wood with lovely pastel colors and mosquito nets, it was downright romantic. They’re on booking.com but I didn’t book through them and gave the owner the money directly so it would all go to him and he wouldn’t have to pay the commission on booking.com. I paid 300 baht for a bed in a dorm (all to myself because of the low season). The owner is such a cutie, speaks great English and is a musician! He offered to make me breakfast at 7 (chicken and rice with a delish ginger soy sauce omnomnom) and to give me a ride on his motorbike to the bus terminal. His friend makes body lotions from coffee beans and he’s got a few bottles for the guests to use so I took a hot coffee scented shower, it was just perfect. I bought a bottle of coffee shampoo and a travel kit for under 4$.

Nan -> Luang Prabang: as of November 2017 there’s a bus that connects Nan with LP. It leaves at 8 daily and costs 660 baht. I was the only woman and the only foreigner on the bus so everyone kind of look after me. They always waited for me at the border, when we stopped for food etc. 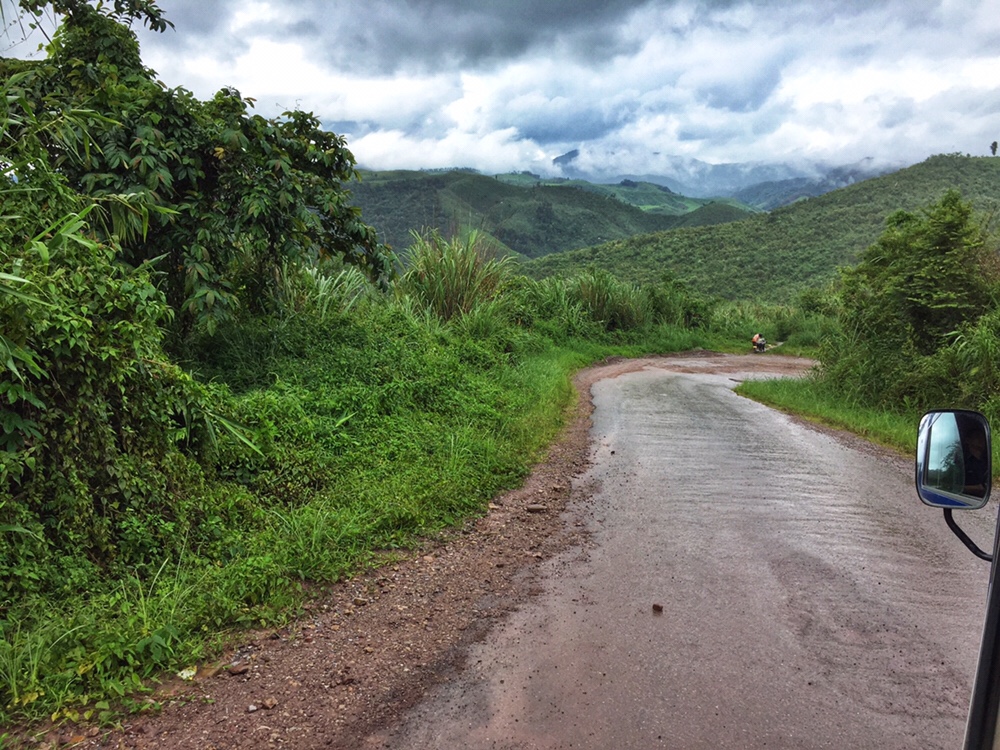 Crossing the border was so easy! Check-point out of Thailand, stamp, no man’s land. We all left our stuff on the bus and just took our passport with us. Back on the bus to the next check-point into Laos. We all just grabbed our passport and wallet, filled out the form, and smiled for the camera. I only had 50 USD but they changed that without problem and gave me 15$ back. They wanted a picture but I didn’t have one, that was not a problem either. They asked for an address in Laos, I had no idea so I just wrote “Hostel in Luang Prabang”, that was enough. That was it and then back on the bus.

The clouds and landscapes are terribly dramatic in both Northern Thailand and Northern Laos, especially during the rainy season. My journey has been taking me through lush national parks, on curvy racetrack mountain roads, and I have been having a spectacular view pretty much the whole time. The roads are more chaotic in Laos and we saw an overturn truck up in a ditch. We all had to get off the bus at some point because the wheels were spinning in the mud and the bus couldn’t make it up the road but hey, this is an adventure and the views are absolutely breathtaking!! I’m still currently on the bus, I have no idea what time we’ll get there but time is not of the essence, as the saying doesn’t go. I’m enjoying the fun, bumpy ride, the view and the experience.👌🏻🚎🌏

Edit: I made it to Luang Prabang before sunset, at around 4pm. From the bus terminal in LP to my hotel near the night market I got a tuktuk ride for 30.000 Kip.